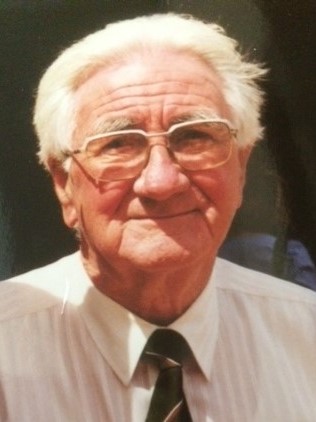 Oldmeadow Court in the Gresswell Grange Estate in Bundoora is named after one of the Doctors who worked for the Victorian Mental Health Authority and at the Larundel Psychiatric Hospital, which was located in this area until the 1990s.

If you want to take an historic Walk around this Estate which honours several former Larundel Hospital staff as well as Dr Oldmeadow go to: 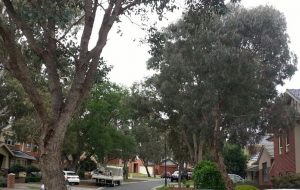 Dr Donald Oldmeadow was born in 1913 and graduated in Medicine from The University of Melbourne in 1937. He obtained his Diploma of Psychological Medicine in 1944.

Dr Donald Oldmeadow served in the Army in World War II, along with his 3 brothers who were all in the RAAF. One of the brothers Fenton Charles was killed in a Lancaster aircraft over Germany in 1942. His other brothers Russell Henry and Richard Frank returned from the war to Australia. Dr Oldmeadow himself served with the 2nd Field Ambulance and was promoted to Captain. He worked mainly in Broome during the War.

Dr Oldmeadow and Jocelyn (Joycelyn LUGTON) were engaged before the War and married in 1941. She lived near Ballarat at Clunes. They had six children, one of whom also practises medicine.

After WWII with his family, he lived and worked in Fiji for 14 years as a GP and obstetrician https://www.smh.com.au/politics/federal/the-big-issue-domestic-violence-20120310-1urbs.html

There had been a strong family link with the Pacific islands. Don’s uncle Henry Charles Haabai, his aunt Annie Mau White, and his father James Andy Viv had all been born in Tonga in the early 1880s.

Dr Don Oldmeadow came back from Fiji to live and work at Larundel and the other Asylum Hospitals in Victoria.

Don and Jocelyn lived on site at the Larundel Hospital site in one of the doctors’ residences with their family in the 1960s. He was the Medical Officer when this Hospital was a huge complex for people suffering with mental ill health. He reported to the Mental Health Authority in 1968 as the Chief Medical Officer responsible for about 6000 patients over all the institutions in Victoria. He noted encouragingly that staff were making real efforts to improve the standard of care for all the patients. He thanked the staff in his report in 1969 for their genuine concern in the care of their patients. At this time thousands of out-patients with mental ill health were also being cared for across Victoria.

Don and Jocelyn moved to a home in Ivanhoe in the 1970s and then relocated to Western Australia in about 1980. He continued to work in WA from the early 1980s until his final retirement at the age of 95. His wife Jocelyn died in 2004 and Don lived to be 100 years of age when he died in 2013.

He was a generous mentor and caring person, and a sincerely religious man. He did indeed live a long and fruitful life as stated in his family death notice.

Thanks to Don’s family for providing the photograph of him.

Tribute to Dr Don Oldmeadow from a WA church http://uc-wembleydowns.org.au/?page=lecinfo&pagesub=lecsermon&action=details&REFCODE=ID2013090000188