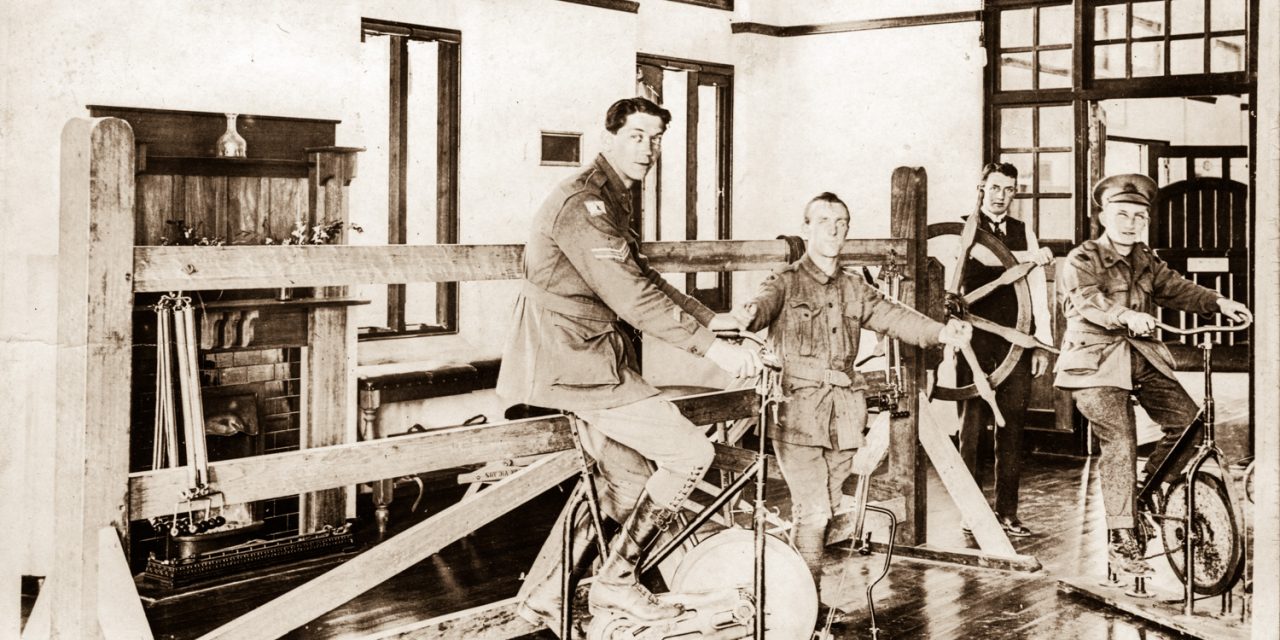 The first professional physiotherapy association was formed in 1906 as the Australasian Massage Association (AMA) by combining members from Victoria, New South Wales, South Australia and Western Australia to protect their emerging profession. The three prime organisers were Frederich Teepoo Hall (born in Mysore India in 1858), Alfred Peters and Heinrich Best.

In 1891, Dr John Springthorpe was the first president of the Australian Medical Association and was the first Chairman of the Masseurs Registration Board which was the precursor for the Australian Physiotherapy Association (1982). A professional committee was set up to frame their constitution and the first formal education for physiotherapists began in April 1906, in conjunction with The University of Melbourne.

From December 1918, Miss Frances Bulmer was in charge of physiotherapy services at Macleod Repatriation Hospital. Miss Bulmer had first worked as a salaried masseuse at the Royal Melbourne Hospital and The Royal Children’s Hospital; she also served overseas in WWI as a physiotherapist/masseuse before working at Macleod. 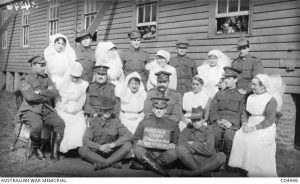 Frances Bulmer is seated on far right of the central row

Two physiotherapists who worked with her were Miss Vair Horwood and Miss McFarlane, both travelled to Macleod by train to work. Dr. Sir Stanley Argyle, later Premier of Victoria was sorry they had to travel so far to work as Macleod was very much considered to be in the country.

Lesley Breheny graduated in Physiotherapy in Sydney in 1948 and worked extensively in psychiatric hospital work. During her time working at Macleod she noted staffing increases across mental health areas and also saw the commencement of student placements in undergraduate training. She also saw the reduction in length of stay and reduced bed occupancy likely due to the improvement to patients following the introduction of medications, ECT, Neuro- surgery and other changes in management; Lesley was the only woman who worked on the wards. She found the work challenging at first then became very interested in the work as she became more involved.

Lesley recalls several of the wards:

In the early years, the female physiotherapists wore navy cotton dresses with long white aprons and the male masseurs wore waistcoats and trousers as seen in the accompanying photographs from the Alice Broadhurst collection. Frances Bulmer is seen in the photo of the Massage Staff with the same attire.

Some of the treatments administered by physiotherapists were:

Heat baths – a local application for pain relief and improving the circulation, to reduce post traumatic inflammation and increase lymphatic flow. Treatment was for 10 to 20 minutes daily or three times per day 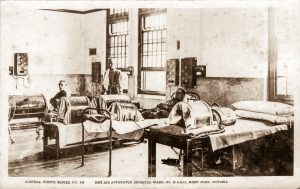 Water temperature was 105 degrees Fahrenheit and water covered the part to be treated. More water meant less current to the treated part and salt in the water lowered the resistance so less current was administered to the patient- usual dosage was 200 milliamperes delivered for 20 to 30 minutes then gradually reduced over time. Treatment was given once or twice a week and was used in the treatment of paralysis. The skin at the water surface was coated with Vaseline to reduce irritation and to protect cuts and abrasions. It was felt to be particularly useful for hands and feet to stimulate paralysed muscles. A large, indifferent electrode was placed on the lower back or the second limb in the bath. 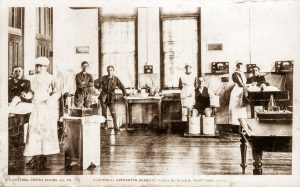 Schnee baths in the centre and Galvanic Faradic machine on the left of the photo. From the Alice Broadhurst collection Austral Photo Series, P.C. 121 Enquiries: Yarra Plenty Regional Library   http://www.yprl.vic.goc.au/

used for the treatment of:

In 1960, as other institutions could not cope with the complex management required, brain trauma patients with behavioural problems began to be admitted. The therapeutic team consisted of Occupational Therapist, Physiotherapist, Social Worker and other ancillary staff as well as medical and nursing personnel.

Due to the number of patients, group treatment classes were used frequently though the patients responded better from individual sessions. 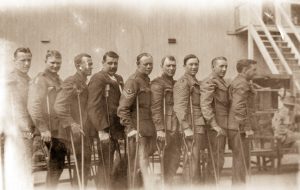 Initially the professions worked in isolation; progressing in psychiatric work to a team -based approach.

Margaret Kraehe was the Senior Physiotherapist at Plenty Hospital from 1976 to 1984. She was also the Senior Physiotherapist at Larundel Hospital from 1978 to 1984 and acted as Physiotherapist Adviser to the Mental Health and Retardation Division (Office of Psychiatric Services). Her initial role at Plenty Hospital was to set up a Physiotherapy Department to replace the visiting service provided by the Public Health Division of the Health Department staff. The ratio of staff to patients was very poor and eventually all the physiotherapy staff across the 7 nearby Mental Health and Mental Retardation hospitals combined to provide a more flexible service across all the sites and enabled the staff to provide an improved service to patients.

In 1978, a concerted effort was made to increase staffing across Mental Health and Mental Retardation Units; the staff assessed the physiotherapy requirements of the over 7000 clients across Victoria. This survey was conducted by Margaret Kraehe, Maureen Morrisey and Andrea Lindenmeyer but the report was not approved, despite their evidence that the physiotherapy staff had picked up a large number of undiagnosed fractures. Eventually there was a small increase but unfortunately, particularly now with the deinstitutionalisation and reduction in the number of services, people are primarily diagnosed with psychiatric or intellectual disabilities and often their physical problems tend to be left untreated.

In the Government report https://www.parliament.vic.gov.au/papers/govpub/VPARL1972-73No16.pdf.  there are several reports of Physiotherapists providing treatment to brain-damaged patients (P. 72) in the neurological wards in the Bundoora Repatriation Hospital with possibly an outpatient clinic (P.82). Janefield had some part-time and sessional physiotherapists. and there were other staff providing sessions at St. Nicholas Hospital, Kew Cottages and Pleasant View in Stawell. Their departments were all understaffed but did manage to improve the physical capabilities of their patients.

Special thanks for the assistance of my Physiotherapy Colleagues, in particular Professor Joan McMeekin AM and Barbara Walker.

McMeekin, Joan. AM. History of Physiotherapy at University of Melbourne. 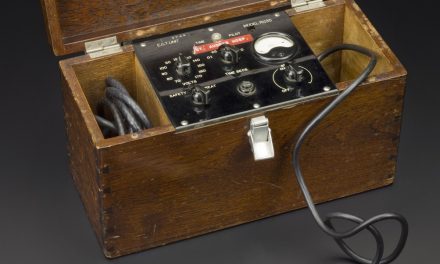 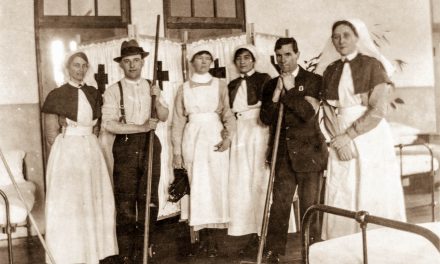