Iliya Bircanin, was born in Germany just after the war. His mother was German and his Polish father, a World War II prisoner of war in Germany, elected to migrate to Australia in 1947 when Iliya was just 6 months old.

Iliya first visited Mont Park in 1967 as a trainee nurse. ‘I spent the day… Mont Park had a neuro-psychiatric unit under Dr Todd and I came to see this area.’ His first impressions were of ‘dreary and solid buildings which were sort of almost 18th century structures. They were stucco veneered cement. If you looked at the buildings they looked like they belonged in California or some other part of the world because they started the buildings in the 1912 era …I think Kingsbury was the first, and then they basically added to them with every crisis that followed. So you had a burst of building in 1910, 1915, 1917 ….If you looked at an aerial picture of Mont Park, it just looked like a medieval structure with its own railway line.’

Iliya started work at Larundel Hospital around 1970 and by 1975 he worked as an occupational therapist at Larundel, eventually heading up the Occupational Therapy services across Mont Park, Larundel and Plenty hospitals until 1997, when the entire hospital complex closed, action resulting from the then state government’s deinstitutionalization policy.

Iliya gained extensive knowledge of Mont Park, Larundel and Plenty hospitals, due to his over 20 years of employment there. In 1995, he also conducted extensive research with Alex Short and a project team to document a history of Mont Park called ‘Glimpses of the Past’. This publication is valued for its content and the many photos, documents, maps and references it showcases and preserves.

In the oral history interview we have recorded with Iliya, he tells many stories with expertise, knowledge and a perceptive, witty realism that makes for excellent listening.  His stories and accounts are an important document of the Mont Park hospitals over their more than 85 years.

Iliya is the co-author with Alex Short of 1995 publication, “Glimpses of the Past – Mont Park, Larundel, Plenty”.

Our appreciation and thanks go to Iliya for participating so generously in our project and agreeing to release your interview via the project’s management team and excerpts on our website.

How long did you work here (at Larundel/Mont Park) for?

At least from ‘76 to the end and the end was about 1998. So that was quite a few years and no, I quite enjoyed it. Work was always different and there were lots of challenges. I think at my peak, I was the Senior Occupational Therapist for all three of the facilities. So that was when it was being wound down. And every decade, like if I came here in 1976, every decade saw almost a halving of the population of the hospital. So from ’76 to ’86, a gross decline in numbers then the next decade it was to halve again.

Deinstitutionalisation was a philosophical thing but it sort of started in the 80’s with numerous commissions and enquiries … So that decommissioning of the hospitals became a focus of deinstitutionalisation. There was no point in keeping people in a mental health facility when they had medications and treatments that were far more responsive than what we had at the turn of the century. So the whole purpose of deinstitutionalisation was in fact to make the most of the new treatments which were amazing. You know, we saw some really amazing things happen. But what happened is that all these people, these, literally thousands of clientele or patients…they had been withdrawn from society and withdrawn from the community and they had no idea about where to go. You know everything was given to them. The food even cigarettes were doled out you know courtesy of the government. So what happened was that people had lost their community skills and so most of the programs in 1980s and in the late 1970s focussed on bringing those people back into a main stream of life. When they had been used to just living on the grounds, like institutionalised, they were like prisoners of the system.

So your role would have been significant in that transition….Absolutely, absolutely – that was why I came here because that was the challenge put to me. You know – we’ve got 2000, we’ve got more than 2000 patients and they technically could all move on. Much of the system had never really thought of what happens to people after they’ve spent 20 or 30 years in a closed shop.

The gardens were the ‘Gardening Department’ and the Gardening Department or the  gardeners as they were referred to, were a breed of very different people. They were motivated. (laugh) … There was a centralised Gardening Department.  It was here on the Mont Park grounds, they really worked feverishly because they loved their work and they would often recruit patients from the different rehab areas. And I could remember we’d take 6 or 7 people over to the garden or some part of the hospital and we’d do a planting or a digging or something like that. But the gardeners. The nurses didn’t do the gardening. There were no private contractors, there was no Public Works interest in it but the tradition of the Gardening Department was almost established from the early, early, early days of Linaker and those people. So what happened is, they were given free rein and they used it.

The Doctors’ Roles So really the medical profession brought the most change, I think, I don’t think ……Think of these big hospitals as like hotels – you had domestic type service – the bed making, the food, the catering – then you had your treatment and the treatment was in fact the domain of the psychiatrist and people like David Leonard, David Barlow, you know, Fred Stamp, – they were people who were seen by their peers as being the best around –  they were state employed, they weren’t privateers –  they weren’t ‘private’ people –  they were public service doctors and they worked for a salary, so they weren’t motivated by, you know, private income, et cetera, so a lot of the ones I worked with.

So it had been like a vocation for a lot…. Ohh yes, I can’t imagine the old type psychiatrist ever worrying about money and getting paid for their services. I mean, it seems a bit rude to say to someone – ‘well I’m going to certify you and lock you up and that’ll be $50’. (laugh) Because they were paid a salary, they were public servants, they were amazing people and they also influenced the education system because it was the public service psychiatrists, that had the greatest, I think, the greatest influence for a period of time on the universities and the training because they had all the knowledge  .. a lot of psychiatrists were Freudians, they were into talking, analytical psychotherapy, all that stuff and then came a wave of psychology influences you know, the group work and the Gestalt workshops and all that rational emotive psychotherapy

Rehabilitation … then came, I think it was, the rehabilitation became a possibility and we had the influence of psychology and social work and so people started to talk about rehabilitation and so that was the “rehabby” model, what I used to call the enhancement model so people became more aware of the needs of people and individuality, “individualness” of people.

What was the ratio of patients to (OT) staff?  Well if you had one occupational therapist in a short-term what you would have at least 30 to 35 patients so on and average you would get about 1.5 OTs to 50 (patients).

So the conditions and attitudes towards patients, you’re saying they did change over time Ohh! Absolutely ... and they were products of the time and the model Yes, I think the medical model made the greatest impact because they brought with them a new optimism. You know, we can treat depression, we can treat with ECT, we can treat with medications, pharmacological things and I remember people that had been very unwell and hallucinating and disturbed and they started to take stelazine, which was a medication, an anti psychotic in today’s modern terms, and trifluoperazine, you know 5 mgs twice a day and suddenly (sound of clicking his fingers) the voices stopped and suddenly this person could go to therapy. You know they became quite a nice human being and I think this is where the doctors brought with them a new way of dealing with people but it also made the clientele more approachable.

Yes what surprised me was that the description of the uniforms the nurses’ uniform in the ghost story. Two of the ghost stories are consistent – grey World War One type nurses .The plumbing guys who had been told to go to what was called the Paying Patients Ward – they went in and they were working away. The place is closed, the ward is shut and they were working on something and said oh we saw this nurse walk past. And then when they went back to sign off on the job they said there’s a person in the ward. We’ve locked up but there is definitely a person there and they said she had this and she had that and they described the grey in the long skirt and things like that. And they said no no no no it can’t be – the ward’s been shut two years or something.  So there are some funny stories. 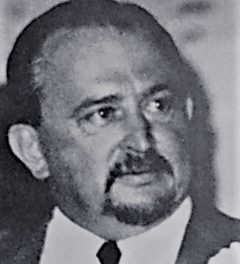