Dr David Cade was born in Boroondarah and had two brothers and two sisters. His father was Joseph Wright Cade and his mother was Harriet Wright (Duncan). David studied medicine and in 1901 enlisted to serve in the Boer War as a civil surgeon, part of a NSW Medical Team, returning with the rank of Captain in 1902.

Back in Australia Dr David Cade became a country doctor, attending people in the Riverina district of southern NSW. Here he met Ellen Edwards, a nurse at the Balranald hospital 200 km east of Mildura. Ellen and David were married in Bendigo in 1908. John Frederick Joseph (J.F.J.) Cade, the first of their three boys, was born in 1912 when the family was living near Horsham. David Hugh Beresford (D.H.B.) Cade was born in 1913, and Francis Anthony Michael Cade (Frank) on 28thApril 1915.

Around the time Francis (Frank) was born, Dr David Cade joined the Australian Army Medical Corps. He was 40 years old and had already served in the Boer War. He embarked on the 17thJuly 1915 serving first with the Anzacs in Gallipoli, then in Egypt and then on the Western Front in France until November 1918. Ellen waited patiently for his return. The boys were too young to remember much about their father.

Whilst overseas Dr David Cade gave exceptional service, being Mentioned in Despatches a number of times for bravery or outstanding service. He received the prestigious DSO (Distinguished Service Order) on 1/1/1918 for ‘consistent good work and devotion to duty as second-in-command of 13thField Ambulance.… of the greatest assistance in securing efficiency in the Unit…..’  His rank then was as a Major and he returned to Australia elevated to the rank of Lieutenant Colonel.

Back home he resumed his General Practice but found it demanding as he was suffering from depression and stress following his arduous war service.

Dr David Cade decided to apply to join the Victorian Mental Health Authority where he would gain a regular salary and have less pressure than as a country GP. He was readily accepted and assigned to the Beechworth Asylum in 1920, living in a cottage on site with his young family. From there they moved to the Sunbury Asylum for a short time in 1922 and then to Mont Park Hospital for the Insane where he became the Senior Medical Officer. There the family was allocated a comfortable two storey residence and Ellen and the three boys settled into life on the extensive and evolving Mont Park grounds. In 1924 Dr John Catarinich was Medical Superintendent at Mont Park and Dr David Cade and he became firm friends. Dr Catarinich assigned Dr Cade ‘to take charge of the Military Mental cases’ of which there were about 100 at this stage. They were gradually being moved to the Bundoora Homestead Repatriation Hospital, on the other side of Plenty Road see https://www.montparktospringthorpe.com/timeline-bundoora-rehabilitation-hospital/

Dr David Cade and his wife and the boys moved back to Beechworth and he became Medical Superintendent there in 1929. At this stage Dr Ernest Jones was the Inspector-General of the Insane for Victoria. Dr Cade finished his working life back at Mont Park as the Medical Superintendent. In 1939 he was also reporting on the Janefield Colony in Plenty Road, where there were now 87 patients in residence. He was also responsible with Dr Adey and Dr Henty, for conducting the annual Nursing Examinations for 127 Attendants and 233 Nurses.

When he retired in 1940, John Catarinich noted that Dr David Cade had always been ‘conscientious and capable’… had… ‘won the esteem and friendship of the patients’, and also was …‘an able administrator, a sympathetic and efficient Medical Practitioner’.

By this time Dr David Cade’s oldest son John F.J. Cade had followed in his father’s footsteps, studying medicine and accepting a post at Beechworth Mental Hospital in 1936, until he enlisted in 1940. He became a full time army doctor, imprisoned in Changi for most of World War 2. John returned to Australia, recovered his health and worked as a psychiatrist at the Bundoora Repatriation Hospital with the military veterans. Here in 1949 he discovered the usefulness of Lithium therapy to control bipolar disorder.

Dr John F.J. Cade coped well with the trauma of war whereas, by all accounts, Dr David Cade remained severely affected by his war experience and was quite sombre and fastidious in dealings with his family. The Cade boys reportedly called their father ‘Sir’, and found him increasingly withdrawn and formal as he aged. Dr David Cade never encouraged his son John F.J. Cade’s ground breaking Lithium research. He did not take the time to understand or support this work, although his friend Dr John Catarinich saw its value and arranged financial support for John F.J. Cade’s modest research needs at Bundoora.

Mrs Ellen Cade’s role – it couldn’t have been easy

Born in Clunes north of Ballarat, Ellen Cade (nee Edwards) had five sisters and three brothers. Ellen was a nurse and was respected as a Matron in hospitals in Victoria and New South Wales. She was from a strong Catholic family and Dr David Cade had been brought up in the Church of England. They married in 1908 at the Bendigo Catholic Cathedral when she was 30 and Dr David Cade was 33. Since he was not a Catholic this ‘mixed marriage’ would have caused some family ructions, and their ceremony probably was not ‘in front of the altar’, as was the Catholic ruling until the 1960s. Her father died in Bendigo in 1909 soon after their marriage. Dr David Cade had already served as a surgeon in the Boer War. By the outbreak of WW1 they had three very small boys when he volunteered to serve again, and he returned troubled by this second gruelling and gallant military duty. The intrepid and dependable Ellen had re-located with the pre-school aged boys to Melbourne during the war. She then successfully moved the family around following Dr David Cade’s appointments with the Victorian Mental Health Authorities. They lived contentedly with the boys in Beechworth, Sunbury, Mont Park, and at the Bundoora Repatriation Hospital, the older boys having most of their secondary schooling in Melbourne.

Their three sons, when in their mid-twenties, all volunteered for military service in World War 2. John F.C. Cade was imprisoned in Changi for several years. The other two sons David Hugh Beresford Cade and Francis (Frank) enlisted in 1940. By this time Dr David Cade and Ellen were living at North Balwyn and Dr David Cade had just officially retired from Mont Park. Francis (Frank) came back to Australia in 1942 with tuberculosis and was sent to Macleod Sanatorium on the Mont Park site to recover, a location he would have known well. Ellen must have worried a good deal about her boys’ involvement in WW2 and how they would cope with their experiences.

Two of Dr David Cade and Ellen’s grandsons went on to become doctors in Melbourne, following their grandfather’s example.

Dr David Cade died in 1954, aged 79 in Balwyn North and Ellen his wife died in 1962 aged 84 years. She had been a staunch and devoted support to her complex husband and their sons. 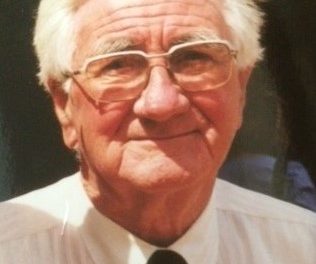 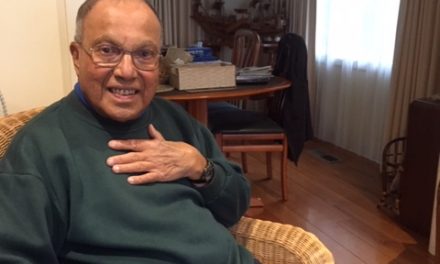